Outbook is an LGBTQ book club and mixer founded by local book critic and columnist J. Corbett Holmes. To join simply pick up and read our month’s selection. The join us the first Thurs of each month (unless noted) at the Palm Springs Cultural Center (formally Camelot Theatres), upstairs in the VIP Lounge. Select events are held at the Palm Springs Public Library. Mix and mingle with fellow club members at 6:00 p.m. Book discussion begins at 6:30 p.m. led Outbook co-ordinator Hubertus Zegers.

Feb 6- On The Move- Oliver Sacks

May 5 –There Will Be No Miracles Here: A Memoir- Casey Gerald (At PS Public Library)

Outbook is supported by the Palm Springs Public Library; hardcopy; audio and ebooks are available through the library to borrow- first come, first served, as well as for purchase at book stores and online booksellers.

Outbook connects the LGBTQ community, and celebrates the joy and tradition of sharing our stories. It is a Palm Springs Cultural Center program in partnership with the Palm Springs Public Library, this monthly book club highlights a mix of LGBTQ new releases and influential classics.

BOOK OF THE MONTH 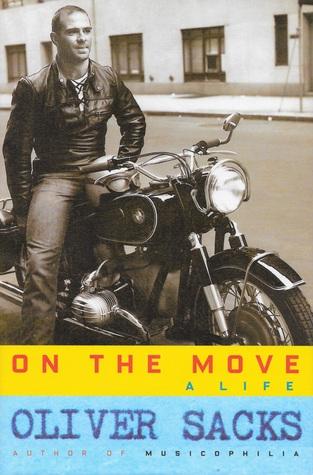 ON THE MOVE
When Oliver Sacks was twelve years old, a perceptive schoolmaster wrote in his report: “Sacks will go far, if he does not go too far.” It is now abundantly clear that Sacks has never stopped going. From its opening pages on his youthful obsession with motorcycles and speed, On the Move is infused with his restless energy. As he recounts his experiences as a young neurologist in the early 1960s, first in California, where he struggled with drug addiction, and then in New York, where he discovered a long-forgotten illness in the back wards of a chronic hospital, we see how his engagement with patients comes to define his life.
With unbridled honesty and humor, Sacks shows us that the same energy that drives his physical passions—weight lifting and swimming—also drives his cerebral passions. He writes about his love affairs, both romantic and intellectual; his guilt over leaving his family to come to America; his bond with his schizophrenic brother; and the writers and scientists—Thom Gunn, A. R. Luria, W. H. Auden, Gerald M. Edelman, Francis Crick—who influenced him.
On the Move is the story of a brilliantly unconventional physician and writer—and of the man who has illuminated the many ways that the brain makes us human.